What brings a community together more than the local fireman’s fair and parade? For 58 years our local Volunteer Fire Department has been attracting residents to its annual parade and fireworks display. For the second straight year LHTC Broadband participated in the Chestnut Ridge Volunteer Fire Department’s 58th Annual Fireman’s Fair Parade. The parade, which is an hour long, features firetrucks, antique cars, and of course this year, our float! This parade even has its own judging stand for Best Rescue/Squad Truck, Best Pumper Truck, Best Band, Best Show Car, Best Equestrian, Best Novelty and Judges Choice. The variety and excitement of the parade is enjoyable to kids and adults alike.

Last year was our first appearance in the parade and our float was a replica of what a typical home in the LHTC Broadband area would look like. This year our Marketing Department decorated one of our company trucks in a luau theme. The front of the truck was decorated with flowers and sea life, while the bed of the truck was decorated with birds, palm trees, and tiki torches; this gave the truck a real luau feel! It rained earlier in the day and the forecast didn’t look good for the start of the parade either. Fortunately the weather held off and the kids on the float threw candy along the parade route. Unfortunately our truck didn’t win, but don’t worry, we’ll be back again next year with a new float! 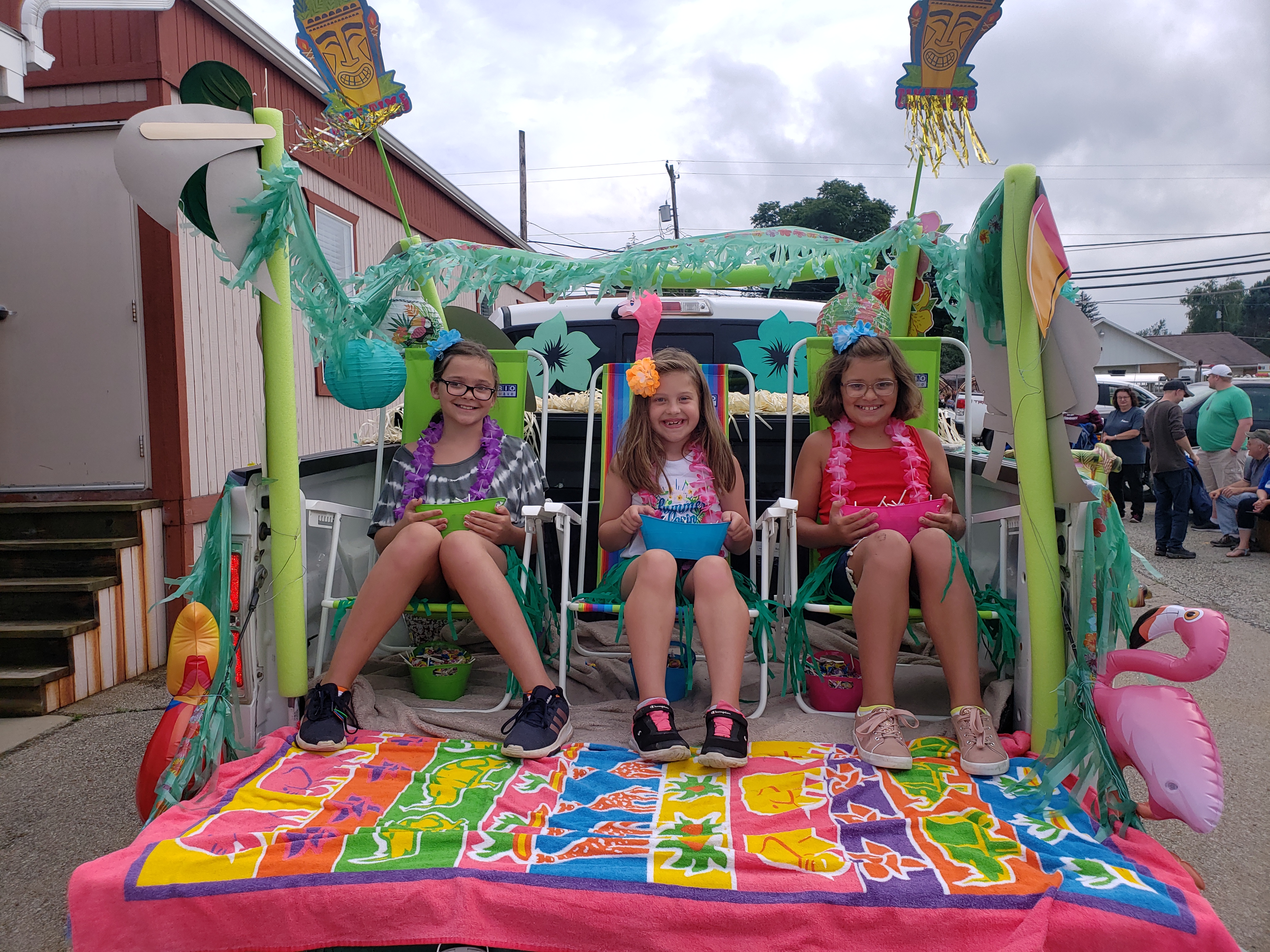 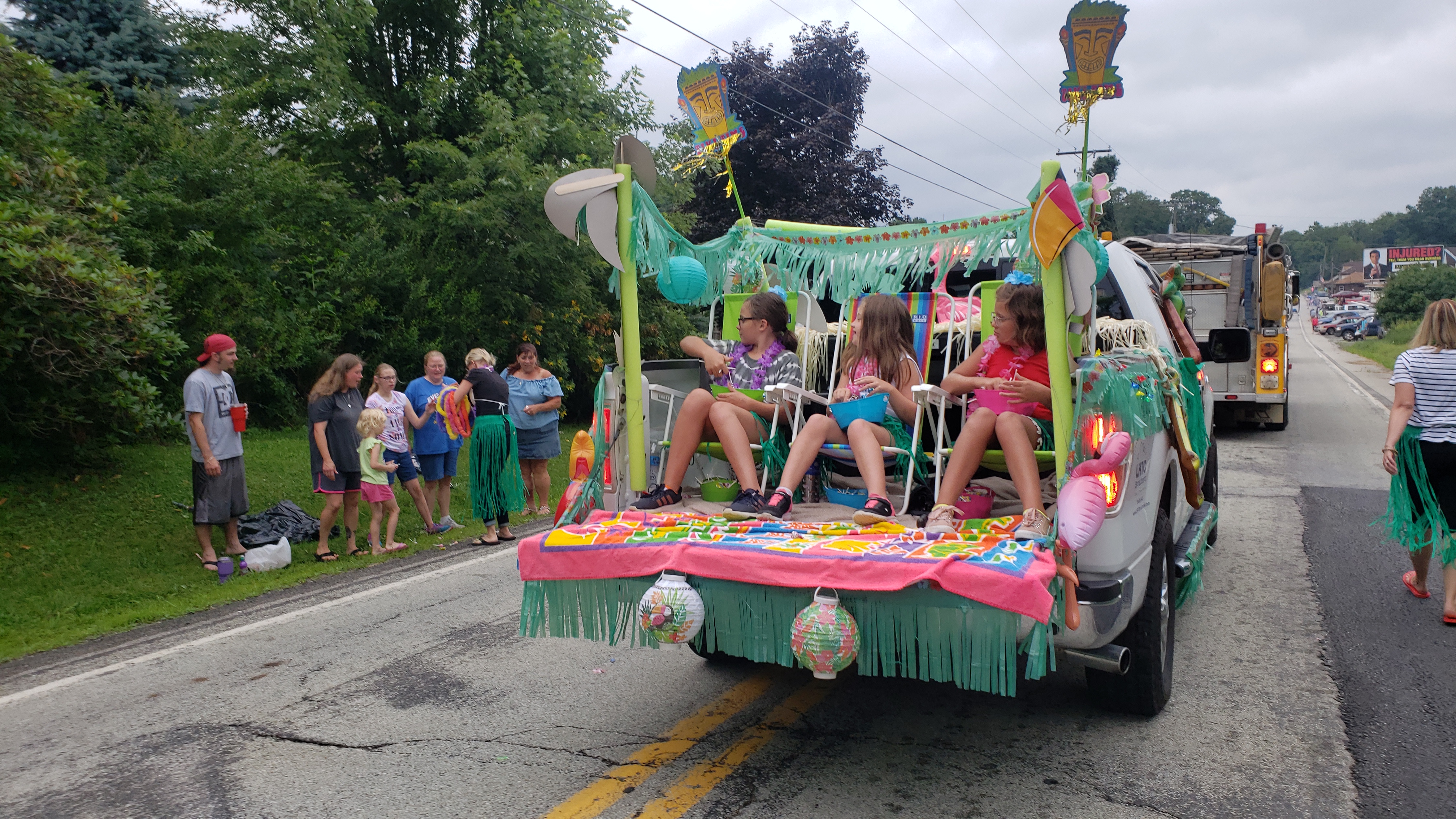 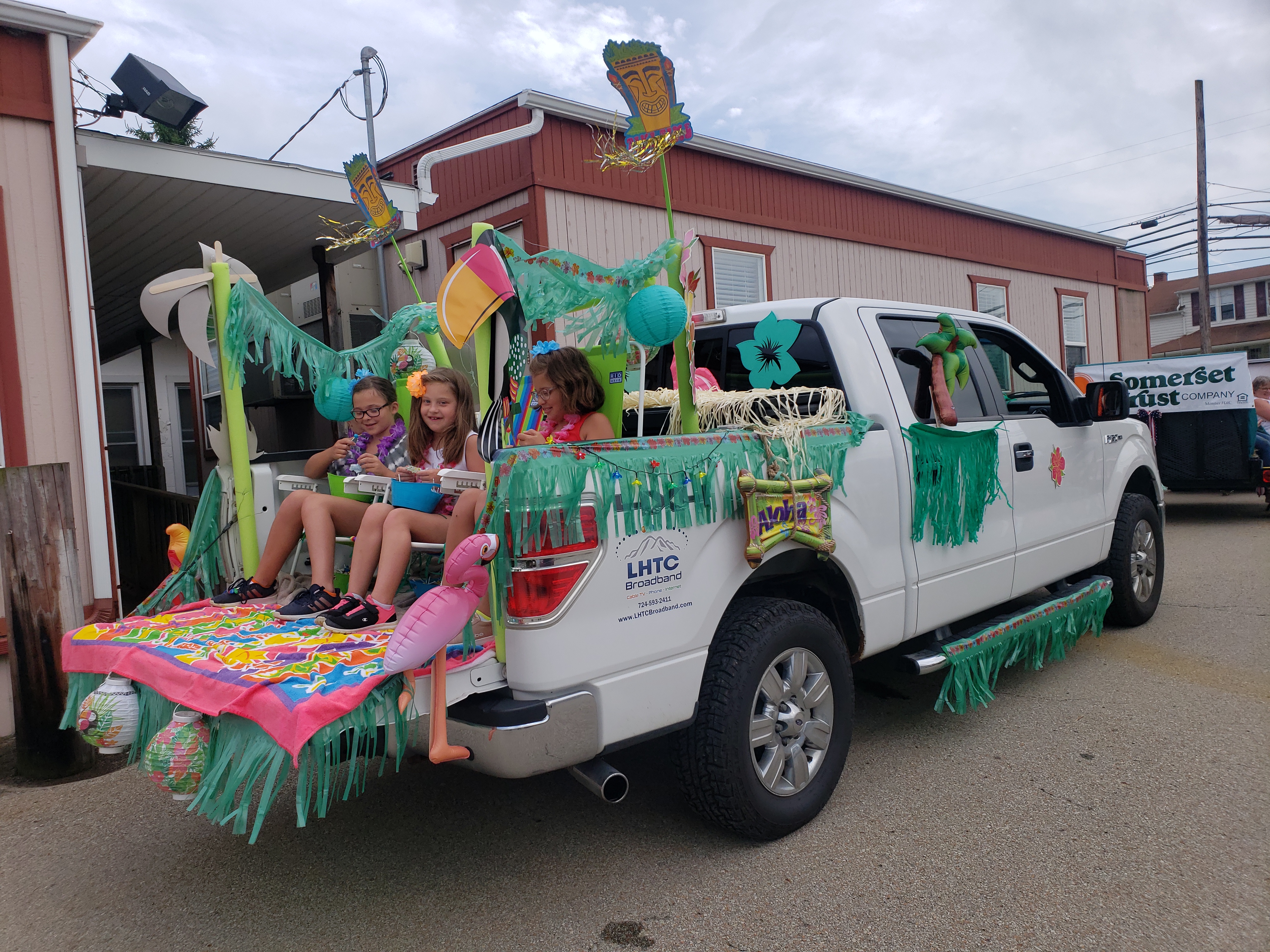 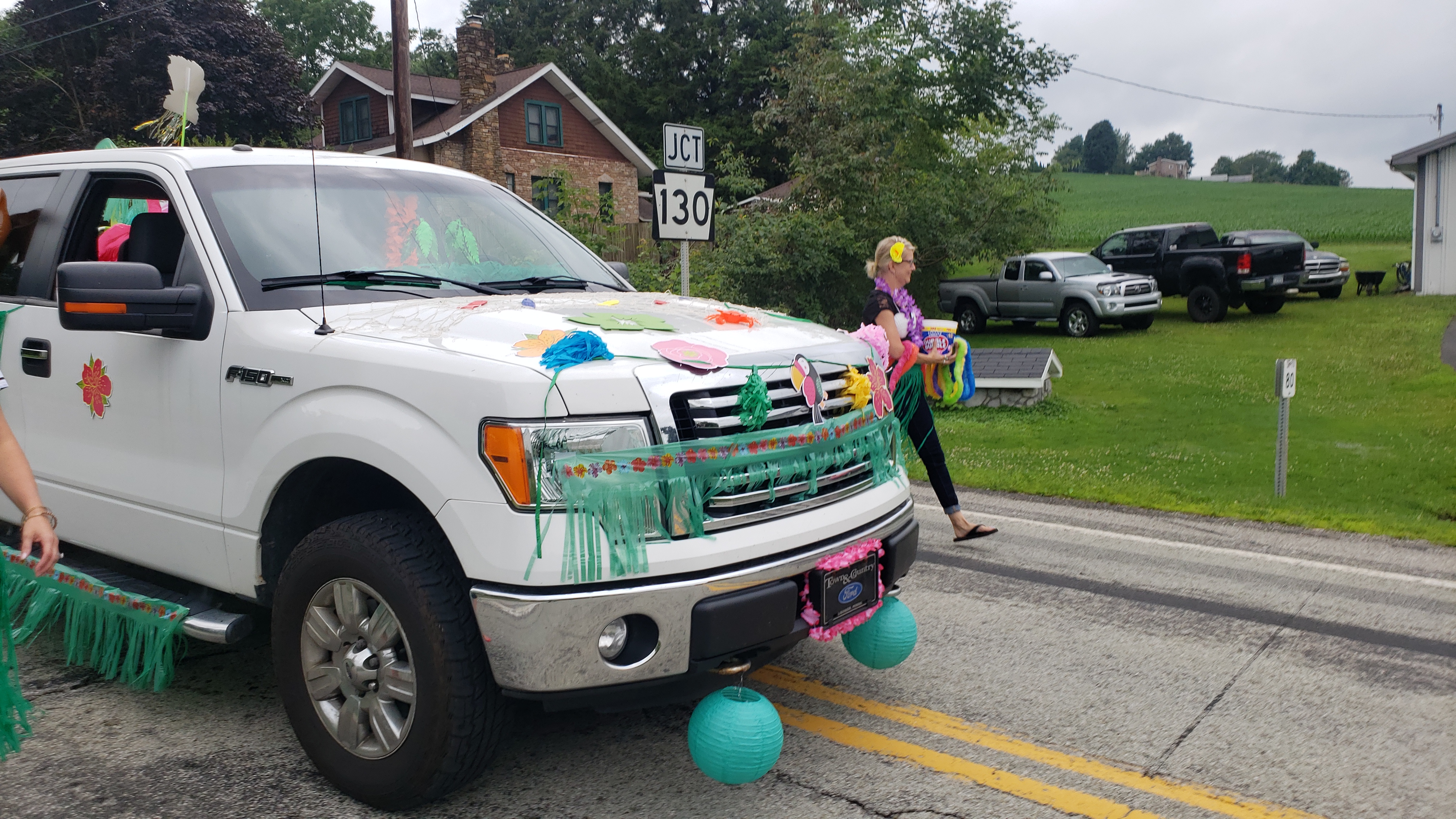