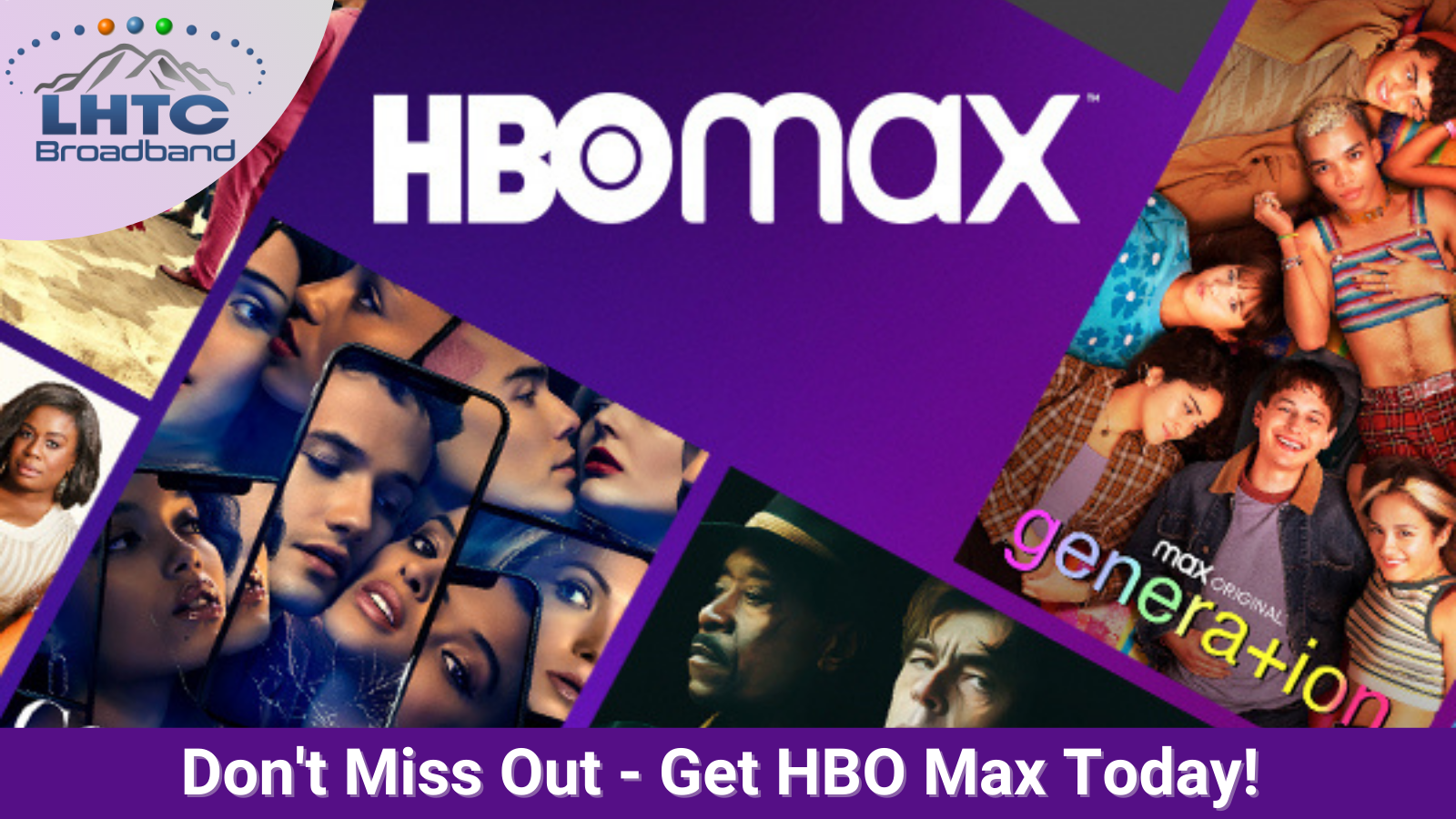 LHTC Broadband HBO subscribers have access to HBO Max at no additional cost! That’s right with your current HBO package you have access to HBO’s groundbreaking programming, DC’s iconic heroes, all-new exclusive Max Originals and more! Plus, for all of 2021 HBO Max will be streaming the latest Warner Bros movies, premiering in theaters and on HBO Max on the exact same day, at no extra cost to subscribers!* Most recently HBO Max released Space Jam-A New Legacy on the same day as it was released in theaters, and they are slated to release The Suicide Squad with a special preview on August 5 at 7PM, followed by Reminiscence staring Hugh Jackman on August 20th.

HBO Max is a stand-alone streaming platform that bundles all of HBO together with even more TV favorites, blockbuster movies, and new Max Originals for everyone in the family. Stream Friends, Looney Tunes Cartoons, Wonder Woman, the Studio Ghibli collection, and so much more.

Subscribers can customize their HBO Max experience with up to five viewer profiles. You can even distinguish between adult and kid profiles to restrict the ratings your child can watch. A pin number is then required to switch profiles and prevent kids from viewing a locked profile.

HBO Max is available on your favorite devices through the HBO Max app which is available for download on your device’s app store or HBOMax.com. HBO Max is available on your TV through Amazon Fire TV, Android TV, Apple TV, Chromecast, Roku and Samsung TV; on your Computer or Laptop using Chrome OS, MacOS or Windows PC; Game Consoles including PS5, PS4, Xbox Series X|S or Xbox One; and Mobile or Tablets with Amazon Fire tablet, android phone and tablet and iPhone and iPads. You can even download top titles to watch on your favorite devices anywhere you go.

If you aren’t an HBO subscriber, simply call to add it to your package. HBO includes HBO, HBO 2, HBO Comedy, HBO Family, HBO Signature and HBO Zone along with access to HBO Max for one monthly fee.

HBO Max – Enjoy HBO plus so much more!

* All titles streaming on HBO Max for 31 days from theatrical release. Movies and release dates subject to change.